There’s a lot of talk going around about the future of the publishing industry and the business of writing, specifically the financial compensation (or lack of it) a person can expect from being a “professional” writer. I, for one, am worried. 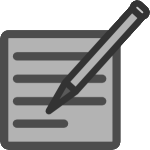 I belong to several writing groups: the Authors Guild, Mystery Writers of America, the International Association of Crime Writers, and the International Thriller Writers. In recent months, all four groups have discussed and analyzed this topic in their newsletters. Next week, the Authors Guild is holding a forum on the subject here in New York City. A panel of experts will discuss the future of writing as a livelihood within the new realities of the publishing industry. My Facebook feed is suddenly being fed with newspaper stories and magazine articles which tell us–with maps and percentage pie-charts and other official-looking figures–that it is no longer possible to make a living as a professional author in America. Or anywhere else, for that matter.

Um, okay. The Internet has become the new shopping mall, Amazon rules, and everyone and his pet monkey are now uploading their literary efforts to Kindle and NOOK, slapping on covers and prices, and calling themselves “authors.” Meanwhile, the traditional American publishing industry is shrinking faster than the polar icecaps. As of last year’s Penguin-Random House merger, the “Big Six” are now the “Big Five.” Imprints within the big houses are doubling up, downsizing, or vanishing altogether, and they’re all experimenting with “e-book only” imprints (I’m currently with one of them). Medium and small presses, the so-called “Mom and Pop publishers” that were once the best bet for new, cutting-edge fiction and nonfiction, are coming and going at an alarming rate. The lists of publishers large and small have dwindled from hundreds of new titles per season to–well, just a few titles per season.

Where does this leave writers? Not in a good place, that’s for sure. The articles I mentioned above inform me that 60% of American author advances and royalties are being paid to 5% of American authors. This means that the remaining 40% of author revenue is divided among 95% of us who call ourselves “professional American writers.” The publishers are depending–almost exclusively–on a small group of superstars for their revenue. If you’re not James Patterson or Janet Evanovich or Stephen King, you’d better have a day job to supplement your writing income. That’s always been true, but now it’s truer than ever.

All this talk about the Internet changing everything–what it has changed is the sheer number of people calling themselves “published authors.” Much of the Kindle/NOOK product is self-published, which is a gamble to begin with. The plain fact is that 99% of these self-published authors will never make money at it. Ironically, this very practice has killed the “Midlist,” the platform of reasonably successful authors (myself included) who once made a fairly steady income writing books for the major publishing houses. Those houses are no longer taking chances on dozens of new authors each season, and there aren’t many small publishers to take up the slack.

The biggest irony of all: The experts are already warning us that even the big-name celebrity authors will not be able to keep the “Big Five” in business much longer. Most of those authors are now “of a certain age,” and there isn’t a new generation of big-ticket talent coming up the ranks to replace them. We occasionally have surprise hits from unknowns, but most of these writers don’t follow up with a steady stream of bestsellers, to say nothing of incorporating themselves and hiring other writers to produce books under their famous bylines. What happens when all the brand-name authors retire?

Here’s what I think: The steady erosion of the traditional publishing companies and the steady rise of self-pubbing e-books directly to Kindle/NOOK/etc. are going to come together in a terrible collision. When the smoke clears, the “Big Five” will be history and the reading public will have their pick of millions of self-published titles to read. The simple problem is this: Very, very few of those titles will be any good. No one will need agents or editors, so there won’t be any quality screening whatsoever. With the gatekeepers gone, anyone can join the party, and when the entire concept of professional editing falls by the wayside, everyone will publish everything. Call me a snob, but I see dark days ahead if this trend continues.

So, how do we stop this trend, this downward spiral of the written word in America? I have no idea. And that worries me most of all.