Over the years, it has been the home of Edgar Allan Poe, Eugene O’Neill, Edna St. Vincent Millay, Sam Shepard, Carole King, Larry Kramer, John Belushi, and Madonna. The “beat” and “hippie” movements were essentially started here, and the Beatles had a recording studio right around the corner. Today, most of these people probably wouldn’t want to live here. 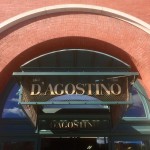 I live in Greenwich Village, that quaint, beautiful, recently ultra-gentrified sector of Manhattan in New York City where all my new neighbors are young, professional, and fabulously rich. Once the bohemian/hippie/LGBT/artistic capital of America, the Village is now a leading showplace for the “one percent.” In my nabe, you can now find condos and co-ops that sell for $10M+, the world’s most coveted designer fashions, imported rare wines and cheeses, several of America’s most exclusive restaurants and night clubs, and more nail-and-facial “spas” per square inch than any one neighborhood could possibly support.

What you can’t find is a supermarket.

When I moved to the Village in 1978, there were thirteen chain and independent supermarkets in walking distance of my home. Today there are four. My nearest store, D’agostino’s, shut its doors last October when their rent quadrupled. Last Saturday, there was a big rally in front of the Associated Supermarket on 14th Street–the local residents are desperately trying to keep it open, but the prospects aren’t good. If it goes (and it probably will), we’ll be down to three.

.
That’s three (3) supermarkets in a neighborhood of 195,000 people. In 1978, when there were thirteen supermarkets, the population was 150,000. We’ve grown by 1/3–mostly in the last 10 years–but our day-to-day service stores have decreased. It’s not just supermarkets–we’ve also lost delicatessens, bodegas, newsstands, laundromats, bookstores (including Barnes & Noble, Marboro Books, the Biography Bookshop, and my beloved Partners and Crime), affordable health clubs, Chinese restaurants, pizzerias, fast food restaurants, and Greek diners. Not to mention Circle-in-the-Square, the Actors’ Playhouse, the Provincetown Playhouse, the Bottom Line, the Bitter End, Sweet Basil, Upstairs At The Downstairs, CBGB, and just about everything else that made Greenwich Village–well, Greenwich Village. But, for the sake of this rant, I’ll stick to supermarkets.

First it was the A&P. Then Key Food, then Sloan’s. They were followed by the Food Emporium, Strawberry Fields, Grand Union, the first Associated over on the NYU campus, and Banana Express. Now my D’agostino’s in the Archive Building is gone, and the second Associated is threatened with closure. This leaves two Gristede’s stores and one D’agostino’s. Two of them are simply too far away from my home to use on a regular basis, and the Gristede’s in Sheridan Square is a public scandal–possibly the filthiest supermarket in NYC. But that’s another rant, too.

So, what’s left? Well, that would be the new places, and I won’t use them. NYC now has this online/phone-order “traveling supermarket”:

…but it’s a sweatshop. The packers in their Long Island City facility are mostly elderly female illegals, and they’re kept in freezing warehouses for 10- to 12-hour shifts at less-than-minimum wage. When the (Asian) grandson of one of the elderly (Asian) women there complained to the local media about her working conditions, his grandmother lost her job and his family was threatened with deportation. The remaining slaves have been frightened into silence. So, no Fresh Direct for this card-carrying Left Winger.

I am also a card-carrying member of 2 AFL-CIO unions, which prevents me from setting foot in this latest “organic” market that just opened on Hudson Street: 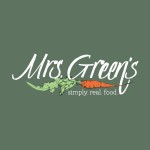 This national chain swept into town with great fanfare, only to be met by picketers from Local #338. It seems Mrs. Green’s fires any minimum-wage employees who attempt to unionize. They were late opening here while they handled a messy court case in Boston–they were being sued by eight former employees who were unjustly fired for forming a union. Mrs. Green’s lost that case, but they managed to open a new branch here in NYC, anyway, and Local #338 is trying to shut them down. As if the union animosity isn’t enough, here’s a photo of the street outside Mrs. Green’s, taken one week after they opened: 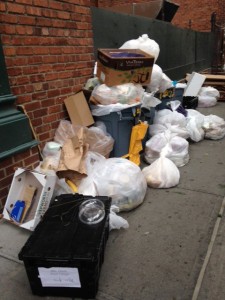 That sidewalk has been like that ever since, in flagrant (and unfragrant) disregard of NYC’s strict garbage disposal rules, and the nearby residents are fit to be tied. Despite their union-busting and lack of proper waste management–not to mention their prices (1 avocado: $6)–this place is slammed. I mean, packed. The one-percenters from the Memphis and Morton Square and the Richard Meier Building around the corner (1 apartment: $27M) are knocking one another down to get in there. And when Mrs. Green’s is too crowded, they simply order from Fresh Direct and let the freezing, underpaid illegals deliver the groceries right to their million-dollar doorsteps.

Now we’ve learned that Brooklyn Market–yet another “natural, organic, healthy” specialty store–is taking over the Archive Building storefront vacated by my beloved D’agostino’s. But a quick search on Yelp! told me all I need to know about Brooklyn Market’s reputation in Brooklyn–the Brooklynites can’t stand them. And they can’t afford them, either. Unfresh food, surly (non-union) labor, astronomical prices. So naturally they’re opening a new branch two blocks from my apartment. Sigh.

There are a few other “organic” “natural” “health-food” markets here and there in the Village, but–as the quotation marks imply–they’re even more expensive than Mrs. Green’s and Fresh Direct. Those nutritious-sounding words come at a tremendous price (literally). There’s a Trader Joe’s up on 22nd Street, but that’s far from my home. Ditto Whole Foods, which has three branches just outside my walking distance–I’d have to take the subway or a cab to shop at them. And I can’t afford to order delivery from any of these places. I’m a mystery writer, not a hedge fund manager or a Koch brother or an insane, racist, Nazi presidential candidate. I simply don’t have that kind of money.

Now I’m spending way too much time (and cash) buying prepared meals and not-quite-fresh salad greens at Gourmet Garage, Murray’s Cheese Shop, and Bleecker Grocery. I’m also doing something I never did before: I’m buying food at CVS and Rite Aid. But what food can you buy in a drugstore? Campbell’s soup, Lay’s potato chips, Kraft mac-and-cheese, Maxwell House coffee, and frozen TV dinners. That’s about it. Man cannot live by Stouffer’s Salisbury Steak alone. Not this man, anyway. I know because I tried.

There is exactly one cause for this state of affairs in this fabled area south of 14th Street, north of Houston Street, and west of Fifth Avenue: the new, artificially inflated property values. Thanks to a seemingly endless phalanx of unscrupulous real estate developers, the rents for retail space in the Village have skyrocketed as our new Armani-clad neighbors have moved into their new castles and palaces with minimalist interiors executed by (insert unpronounceable Swedish designer’s name HERE). The commercial storefronts all around me are renting for upwards of $100,000 a month, and a modest supermarket can’t possibly pay that.

So, here I am in my co-op, which I bought 30 years ago for 1/12th of its current market value (I wouldn’t be able to move here now). The good news: My property went waaayyy up in value, should I ever have to sell it. The bad news: I can’t find a decent place to buy food in a ten-block radius of my building, so maybe I will have to sell, after all. But this is my home; I’ve lived here all my adult life. I don’t have anywhere else to go. I’m stuck in this perfectly beautiful, perfectly impossible ivory tower. And I am f***ing starving!

They call it the price of gentrification. I call it a crying shame. End of rant. How’s your neighborhood doing?