I don’t remember my mother; she died when I was two years old. My two sisters were five and four. Our father was a ne’er-do-well and petty criminal, and for the next seven years he shunted us around to various temporary homes in Florida. We did time with various relatives in Alabama and Oklahoma. We even did time in a state orphanage once, when Daddy was doing time in jail. Finally, when I was eight, he parked us with his brother (a poor-but-honest school janitor) and his wife in Coachella, California, and took off, never to be seen again. We might have remained with the uncle and aunt in Coachella indefinitely, if it hadn’t been for Mom. 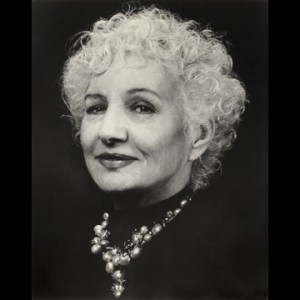 Her name was Lesley Savage. She was our mother’s older sister, an actress and director in the theater. A serious illness in her teens had left her unable to bear children. The Savages were as different from Daddy’s people as day from night, an affluent New York family that had been scandalized when our mother married so far beneath her. After her death, her sister determined to get us away from Daddy and give us a better life than the one we had. It took her seven years to accomplish it, with much help from lawyers and judges and so forth, but on December 29, 1964, this woman I’d never seen before arrived in Coachella and swept the three of us off in a limousine. Forty-eight hours and three airplanes later, we landed in St. Thomas, Virgin Islands, where she lived. It was New Year’s Eve–in more ways than one.

She and her husband of almost twenty years legally adopted us, but there was a problem–he didn’t want us. “Either those kids go or I go.” So she divorced him. That damn near killed her, but she stood firm. She raised us as her own–the children she could never conceive. She was technically Aunt Lesley, but we called her Mom. For forty years, she was my parent, my friend, and my head cheerleader. She encouraged me as an actor, as a playwright and composer, and finally as a mystery writer. She was always the first reader of everything I wrote. She died in 2003 at the age of 90. The picture above was one of the last ever taken of her.

We always called New Year’s Eve our official anniversary as a family, so I think of her every New Year’s Eve. And every Mother’s Day, I think about the fact that this woman raised us and loved us, not because she had to do it but because she wanted to do it. It came at a price, and it wasn’t easy, but on her deathbed she told me she never regretted it. I never regretted it, either. I don’t remember my real mother, but I will always remember Mom.