First came the shock, then the anger. These were followed by a horrible sense of dread and hopelessness, all of which added up to despair. It’s been quite a week in my apartment—but things are looking up. 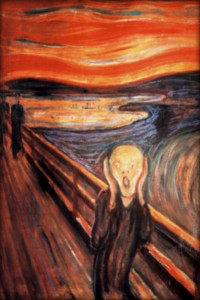 I was diagnosed with Chronic Clinical Depression (CCD) in 1986, and I’ve managed to handle my occasional bouts without ever resorting to drugs or therapy. How? Simple: In 1986, I went out and got a job in a mystery bookstore. And I began writing my first mystery novel, Dance of the Mongoose. I’ve been writing novels and short stories ever since, and writing had always helped me keep the darkness at bay. Until now.

I’d been sitting here since Tuesday, staring at the walls, unable to work up the energy to go to the store for food or even turn on the TV. I’d been feeling sorry for myself and for America, and the depression had been strong. I wondered what could possibly arrive to turn this around, or at least make it less crippling. As it turned out, the answer to that was the same as it had been in 1986: writing.

Last Friday, three days after the disaster, I met with my writing group. We meet every couple of weeks to read and assess our works-in-progress. I hadn’t written a word since Tuesday, but I had a chapter to work on with the group, and one of the others had material as well. We read and analyzed our work, and I felt better. But I still wasn’t writing.

Then something wonderful happened. I went on Facebook and began reading the comments of my FB writer friends. At first, all their comments were about their shock/outrage/fear. But then, this weekend, some of the posts began to shift. One by one, these people announced that they had decided to start writing again, if only as therapy. They called it an act of defiance. They began to describe their new projects, even posting their daily word counts. After reading a bunch of these personal success stories, I made an amazing decision.

I decided to join them. 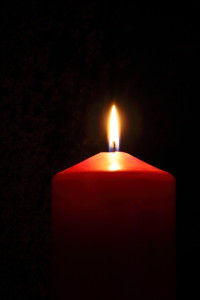 I’m now back in full swing, working on the third entry in the new series I began last year with Mrs John Doe. The world outside is still bleak and frightening, but I’m not staring at walls and wondering if I’ll ever be able to eat again. I’m doing something positive, something I love. And all the other career mystery writers I know are doing the same. My writing group, first and foremost, but also the others, the voices on my FB timeline. Their posts inspired me. I can’t possibly name them all, but they are there whenever I need encouragement. They prove to me that we’re going to get through this, and I’m grateful to them for their spirit.

As Old Will once wrote: “How far that tiny candle throws its beams! So shines a good deed in a naughty world.” The world is indeed naughty, and I’ll continue to worry, of course. But, thanks to my fellow writers, I’ll continue to resist, to hope, and to try to find ways to effect positive change from this homegrown terrorism. And I will continue to write.