I love summer for lots of reasons. I grew up in the Virgin Islands, so hot weather reminds me of home, even though NYC and St. Thomas have different definitions of the word “hot.” (The trade winds keep the islands pleasant, even in 90+° weather, whereas NYC–not so much.) I also love ice cream (Baskin Robbins Jamocha Almond Fudge, anyone?), and summer is a good time to indulge in it. For the past two years, it’s also when I go through editing and copy editing for my next book (I just finished polishing my new title, MRS. JOHN DOE, coming in October). But my favorite thing about summer is…wait for it…summer reading! I’ve read a few excellent mysteries and thrillers lately, as is my wont, and I thought I’d share the news. 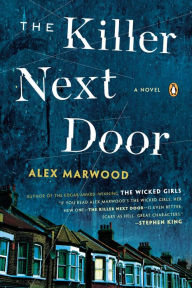 First up: I have a penchant for Brit psychological suspense. Tana French, Michael Robotham, Peter James, and the late, great Ruth Rendell are faves, and I’ve just added two more women to the list. Alex Marwood’s THE KILLER NEXT DOOR is a chilling tale set in a rundown, out-of-the-way boardinghouse in a remotish part of London. Six odd people share close quarters, and one of them is…well, the title says it all. Now I must check out her first novel, THE WICKED GIRLS.

My other Brit discovery is the third novel by Louise Millar, THE HIDDEN GIRL. A young London couple relocates to a small village in coastal Suffolk, and the husband goes back to town for work. A big storm cuts him off from joining his wife, who’s now all alone in the sort of rural village that gives rural villages a bad name–in a big, empty house that gives big, empty houses a bad name. Scary, for sure. I now have two more Millar books to look forward to.

Back in the USA, Christopher Bollen has delivered his second novel, and it’s amazing. ORIENT is a big (600+ pages) mystery set in the Long Island town of the title. A teen runaway hooks up with a local from that tourist town and goes to stay there for the summer. As soon as the young stranger arrives, the murders begin, and the natives get restless. Very restless. As much a character study of alienated youth as a slow-building thriller, this novel has a lot of really good writing in it. If you like your mysteries on the literary side, check it out. 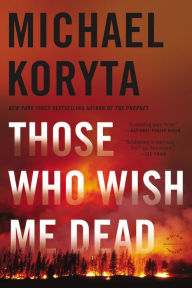 Eat Your Hearts Out Department: I got to read an early copy of Wendy Corsi Staub’s next thriller, BLOOD RED. It’s another scary tale from the master, the first in a projected series of novels set in the town of Mundy’s Landing, a suburb of NYC. It’ll be out in October, so order your copies now. I’m also eagerly awaiting Michael Koryta’s next one, LAST WORDS, because I recently read and loved his last one, THOSE WHO WISH ME DEAD. A young teen is sent off the grid to the wilds of a big American forest with some other kids and a professional guide. Why? Well, the kid’s a witness to murder, and he must be protected from the killers until he can testify in court. Then the bad guys (and I mean bad guys!) find out where he is, and the wilderness chase is on. Imagine an episode of Survivor with a really high body count. And a big-ass forest fire. Trust me, it’s perfect summer reading for thriller junkies.

Classics Revisited: The late Mary Stewart was a big influence on me in becoming a writer. She was one of the bestselling authors I steeped myself in as a teen, and her first novel, MADAM, WILL YOU TALK?, has just come back in print. It’s a woman-in-distress story set in France’s gorgeous Provence region, and I recommend it highly. You will rarely find writing of this quality in our genre–Stewart’s descriptions of people and places are sheer poetry. And be sure to read the foreword by our very own Katherine Hall Page, whose latest mystery, THE BODY IN THE BIRCHES, is also a perfect summer read with the writing quality I just mentioned. It’s the 23rd (!!!) Faith Fairchild mystery, and it involves an old mansion, a millionaire’s much-contested last will and testament, and a vivid cast of suspects on a remote Atlantic Coast island. A murder mystery. On an island. With Faith Fairchild on the case. Enough said. 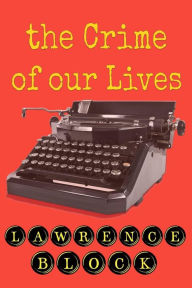 Last but certainly not least, one nonfiction tip. If you’re as big a fan of Lawrence Block as I am (if that’s even possible), you must get a copy of his terrific collection of essays about giants of the mystery form, THE CRIME OF OUR LIVES. Not only does Larry have me thinking about many of these famous authors in a new light, but he’s sending me back to their books. This carefully considered set of comments is like a private lesson in writing from an American master. Don’t miss it.

I already mentioned James Grady’s LAST DAYS OF THE CONDOR and Paula Hawkins’s mega-selling THE GIRL ON THE TRAIN in earlier posts, but they bear rementioning. If you haven’t read them already, get on it. Next on my TBR pile is THE ASSASSINS by Gayle Lynds. All the books I’ve mentioned here are widely available in several formats, but if you’re in the NYC area, do yourself a fave and get ’em at Otto Penzler’s wonderful Mysterious Bookshop down at 58 Warren Street. For mystery fans, that place is Shangri-la. I’ll be reading more books soon, and I’ll try to report on them. Maybe I’ll make an Autumn Reading list. Hmmm. Meanwhile, everyone have a safe and happy summer, and happy reading!