I always loved to read mysteries, even as a child. When I was thirteen, I decided I was tired of the Hardy Boys and Nancy Drew. My sister Suzy was the big mystery reader in the family, so I asked her for a good “grown-up” mystery story. She handed me AND THEN THERE WERE NONE by Agatha Christie, but first she sealed the final chapter of her copy with tape and made a bet with me. If I could correctly identify the killer before unsealing the solution, she’d give me her week’s allowance ($5). If I was wrong, I had to give her my $5. 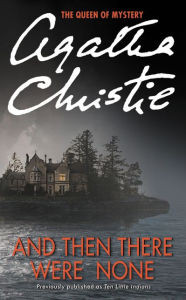 I ran off to read the “grown-up” book, and I instantly fell in love with it. Eight people are invited to a tiny island off the coast of Devon for a weekend house party. They are met by two servants, making their number ten, but their host, Mr. U. N. Owen, is mysteriously absent. After their first dinner on the island, a mysterious recording is played that accuses all ten of crimes for which they were never punished. They soon realize that “U. N. Owen” is a play on words (“unknown”). Then the murders begin. Ten criminals trapped in a remote place with an unknown killer, being picked off one by one: What’s not to love?! And I even figured out the solution! I proudly returned the book, tape still in place, and announced the killer’s identity to Suzy. 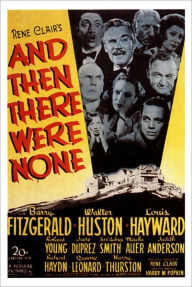 Of course I was wrong. It was my first Agatha Christie experience, and she’s been stumping everybody for nearly a century. I’ve now read all of her books, and even though I pride myself on guessing the solutions of mysteries before they arrive, I’ve almost never outguessed Christie. AND THEN THERE WERE NONE is her most famous novel, and her most popular one. It’s been adapted many times for stage, screen, and television. It is available in more editions, in more languages, than any other mystery novel. It’s #5 on Wikipedia’s list of the seven bestselling novels in history–the seven novels that have sold more than 100 million copies–and it’s the only mystery on that list. 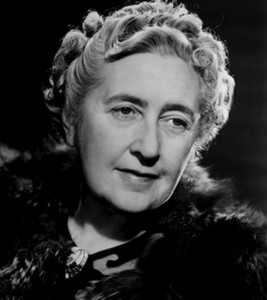 Christie wrote sixty-five mystery novels, six romance novels (as Mary Westmacott), a dozen plays, an autobiography, and more than a hundred short stories between 1920 and 1976. Of her mystery novels, I have six clear favorites. Two involve her irascible Belgian dandy, Hercule Poirot (THE MURDER OF ROGER ACKROYD, MURDER ON THE ORIENT EXPRESS), and one stars Jane Marple, her brilliant elderly sleuth (A MURDER IS ANNOUNCED). But my other three faves are rarities in the Christie canon. They’re stand-alone thrillers, as opposed to series detective stories: AND THEN THERE WERE NONE, CROOKED HOUSE, and ENDLESS NIGHT.

If you think Christie is always about amusing guessing games with charming suspects and delightful detectives, you probably haven’t read these three novels. They are quite different from her usual fare. All three stories are dark–downright bleak–portraits of pure evil.  And (SPOILER ALERT!!!) their endings are anything but tidy. Yes, her three creepiest books are my favorites: That says something about me, to be sure–but it also says something about her. 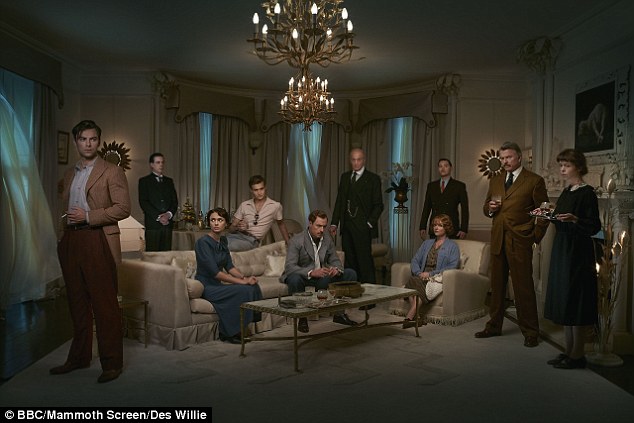 .
The latest TV adaptation of AND THEN THERE WERE NONE is a 4-hour 2-parter from the BBC. It was a huge hit in England in December, and it premieres in America on the Lifetime network this Sunday, March 13, at 8pm, with Part 2 on Monday. This is the first film adaptation to be based on the original 1940 novel. All previous film versions follow Christie’s 1944 stage play, TEN LITTLE INDIANS, which changed (and lightened) the story considerably. (Personal side note: One of my first professional theater roles was Dr. Edward Armstrong in a NYC production of TEN LITTLE INDIANS.) I can’t wait to see this, and I hope it’s as good as the British critics say it is.

I also hope it introduces new fans to my favorite mystery writer. There are many pleasures to be found in her stories, and some of them are more serious than you might expect. Agatha Christie knew all about the ugliest aspects of human nature, and occasionally she dropped her polite British reserve and blasted us in the face with the unvarnished truth. AND THEN THERE WERE NONE is her darkest masterpiece.
.