It’s that time of year again, when everybody comes up with a Top 10 list of favorite horror movies. Here’s my humble addition to the list of lists. Please note that I haven’t included anything before 1960, and I have seven American films and three British ones. Some fave oldies and foreigns are listed at the end, in an “honorable mention” section, but I’m neglecting the obvious classics (FRANKENSTEIN, DRACULA, THE MUMMY, THE WOLF MAN, etc.) because I assume we all know and love them already. And I haven’t included HALLOWEEN because it’s too obvious.

All but two of my picks involve the supernatural, because that’s what I think of when I think of horror. The two exceptions (PSYCHO, ZODIAC) involve serial killers, and one of them (ZODIAC) is a true story–which makes it the scariest film on this list. These titles should be familiar to most movie lovers, but they all deserve multiple viewings, so make a batch of popcorn, turn off all the lights, and enjoy them again. Or for the first time. Whatever. 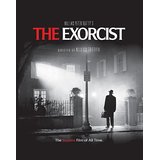 2. THE EXORCIST (William Friedkin, 1973) — “I don’t know what’s in that room, but it’s not my daughter!” Ancient evil visits the modern world, and a desperate mother (Ellen Burstyn) fights for the soul of her child (Linda Blair). Max von Sydow plays the title role, with Jason Miller and Lee J. Cobb. It’s shocking, stunning, and memorable.

3. THE HAUNTING (Robert Wise, 1963) — “Whose hand was I holding?” Four people explore a supposedly “haunted” house in New England, and they soon drop the quotation marks. From Shirley Jackson’s great modern horror novel, The Haunting of Hill House, Robert Wise fashioned a perfect example of the old maxim, “less is more.” Julie Harris shines in the lead role. 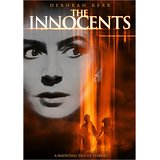 4. THE INNOCENTS (Jack Clayton, 1960) — Henry James’s haunted house masterpiece, The Turn of the Screw, became a hit Broadway play which was filmed by Jack Clayton with a screenplay by William Archibald and Truman Capote. Deborah Kerr is the nervous governess in Edwardian England who watches her two young charges slowly succumb to…something. Possibly the quietest horror movie on record, and the constant silence makes it even more unnerving.

5. THE OMEN (Richard Donner, 1976) — “Fear not, little one; I am here to protect thee.” Gregory Peck and Lee Remick think they have the perfect child. Wrong! This particular kid has malevolent origins. Several famous “grossout” sequences throughout the film keep you riveted, but the air of dark menace is what you’ll remember. And that music, for which Jerry Goldsmith won an Oscar. Billie Whitelaw and David Warner provide excellent support.

6. THE OTHER (Robert Mulligan, 1972) — “Holland, where is the baby?” Probably the least well-known film on this list, and that’s a shame. Mulligan (TO KILL A MOCKINGBIRD, SUMMER OF ’42) turns Thomas Tryon’s bestselling novel into a subtle, terrifying exploration of pure evil in a small farming community in 1930s Connecticut. The great Uta Hagen plays the grandmother of the strange twin boys, but Chris and Martin Udvarnoky dominate the film (this was their only movie).

7. THE OTHERS (Alejandro Amenabar, 2001) — Still more weird children. (Note how many there are here, and note that two are called THE OTHER and THE OTHERS.) Nicole Kidman is a wife and mom in a gloomy mansion on an island off the English coast during WWII, where she and her two photosensitive children await her husband’s return. Genuinely creepy, with one of the all-time great endings. 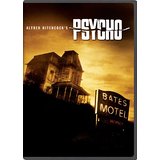 8. PSYCHO (Alfred Hitchcock, 1960) — “My mother isn’t herself today.” That’s for sure. Welcome to the Bates Motel: 12 rooms, 12 vacancies, 12 showers. Hitchcock’s most successful box office champ is still just as thrilling as it was when it first arrived. Every scene is memorable, with career-best performances from Anthony Perkins and Janet Leigh, among others.

9. ROSEMARY’S BABY (Roman Polanski, 1968) — “Out of all the women in the world, He picked you. It’s a big honor!” Mia Farrow might disagree with that. Ira Levin’s sensational bestseller was filmed by Roman Polanski with every thrill intact. If one horror movie could be studied by film students as a perfect example of How It’s Done, this could be it. NYC’s famous Dakota apartment complex might be the most eerie setting ever. Farrow is simply magnificent, with excellent support from John Cassavetes, Sidney Blackmer, and Oscar-winner Ruth Gordon.

10. ZODIAC (David Fincher, 2007) — The last film alphabetically, and the only true story in the bunch. Fincher’s masterful recreation of the events in the San Francisco Bay area in the late 1960s and early ’70s is one of the most intense cinematic experiences imaginable. Jake Gyllenhaal stars as a SF Chronicle cartoonist who becomes obsessed with solving the crimes, with near-tragic results for him and his family. Robert Downey, Jr., and Mark Ruffalo costar. This film is one brilliant sequence after another, right up to the chilling conclusion.

That’s my list. If you want some good old American classics, check out two Val Lewton gems, CAT PEOPLE and THE SEVENTH VICTIM, or THE UNINVITED, the ultimate light-romantic-haunted-house-comedy-drama. For a foreign accent, try PICNIC AT HANGING ROCK (Australia), THE DEVIL’S BACKBONE (Spain), RINGU (Japan), or LET THE RIGHT ONE IN (Sweden). And there’s always POLTERGEIST, everyone’s favorite haunted house movie. Happy Halloween!

P.S.: For anyone who wonders why my favorite director, Stanley Kubrick, isn’t represented here, it’s because I’ve never been a fan of his one horror credit, THE SHINING. A lot of people will tell you it’s their favorite scary movie, but I’m not one of them. I agree with Stephen King (who hated the film version of his novel) and the great film critic Pauline Kael: In her New Yorker review, Kael wrote that when she entered the screening room she knew that Kubrick had never made a horror movie before, and by the time she left the screening room she was convinced that Kubrick had never seen a horror movie before. That sums up my opinion. I’ve also ignored INVASION OF THE BODY SNATCHERS and ALIEN (They’re sci-fi), KING KONG (it’s a love story), the original versions of THE FLY and THE THING (they’re too silly to enjoy) and their 1980s remakes (they’re too unpleasant to enjoy), and the complete works of the Italian “splatter” school of Mario Bava and his friends (ditto). But you can try them if you’re adventurous.