Anyone who knows me knows that I’m a union kind of guy. I belong to two AFL-CIO unions, four writing guilds, and ASCAP. My mom was an actress in the theater, and she was very active with Actors Equity (one of my two unions). In addition to her acting agents, she always had a theatrical lawyer on speed dial. Her agents and her lawyer read and polished every contract she was offered before they allowed her to sign it. From an early age, I was taught the value of banding together as a group, and of always, always, always being represented by professionals. 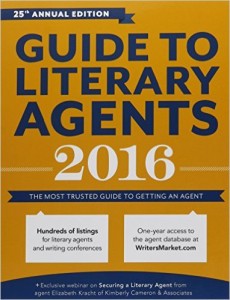 When I completed my first novel back in 1990, I showed it to Mom. She read it, pronounced it brilliant (as every mom does), and said exactly three words: “Get an agent.” So I did. It wasn’t easy, but I finally found one, and here I am. I’m on my second agent now, but I always have someone with me for any case of Management vs. Labor. I would no more walk into a publishing house without an agent than I would walk into a corrida without a red cape–and for the same reason. Old proverb: When an unarmed man faces a bull, only the bull will dine. (Okay, it’s actually a lion in the proverb, but I was milking my bullfighting metaphor.)

Why am I telling you all this? Because I’ve recently heard several reports from writers who have walked into publishing houses unarmed. And, as the proverb warns us, it didn’t end well for the writers. Now, too late, they wish they’d been represented in their negotiations. I’m tired of hearing these stories.

Authors’ agents have been around since 1880, and they are still our most important defense when dealing with publishers. Any American writer looking for representation can start with the best book I know on the subject, Guide To Literary Agents. Similar books are published in other countries, and they’re easy to find online. If you belong to any writing groups like Authors Guild or MWA, check with them for any parties or conventions where you might find agents roaming in their natural habitat. Ask writer friends for suggestions. Do whatever you have to do, but Get. An. Agent. And make sure that agent is a card-carrying member of this group:

You also want a lawyer to review your contracts with your agent before you sign them, but start with an agent. We’ll talk about lawyers later.

There’s been a lot of talk about the new world of self-publishing, and many self-pubbers see no need for representation. They may be right–they’re basically their own employers. But for any writers like me, whose work is published by the Big Five or any of the smaller houses, I repeat: Get. An. Agent. You’ll thank me for this advice. Trust me.