After all the hype, I just had to give THE UNDOING a look. HBO’s most recent lavish miniseries about the trials and tribulations of rich, privileged white people (or RPWP, for short) was just too provocative to ignore. Nicole Kidman! Hugh Grant! Really big houses! 20-room duplex Upper East Side (UES) apartments! The clothes! The servants! The exclusive schools! The unlimited credit! To say nothing of adultery, insanity, bad manners, lower-class gatecrashers, and…MURDER! As a writer of mysteries and thrillers, how could I resist?

Well, I couldn’t. I jumped right in, and I’m now 4 episodes into it. Even though we’re only halfway through the talky, convoluted murder mystery, I’ve already collected a few valuable tips about writing in the genre I call RPWP Noir. Here are my Top 10 takeaways: 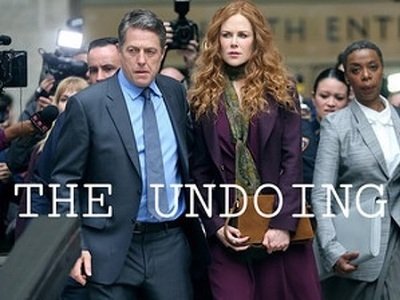 I’ve noticed other things, but this list will suffice. Now I’m going to sit right down and write my own RPWP Noir thriller. And I can’t wait for the next episode of THE UNDOING—I’m loving every minute of it!