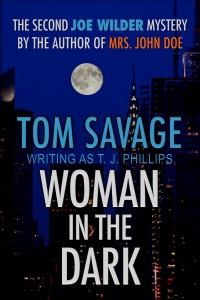 EVEN IN THE BEST FAMILIES, DEATH WAITS IN THE SHADOWS

Mystery writer-turned-sleuth Joe Wilder returns in a plot that soars from the glittering heights of Manhattan society to the darkest depths of the human heart.

Sixteen years ago, the beautiful and wealthy Laura Masterson was front-page news—as the victim of the most notorious murder/suicide to hit New York’s social elite. Now, Laura’s daughter Emma is the very image of her mother, with the sort of beauty that lights up a room. With a new husband and a baby on the way, Emma wants out of the spotlight. But when two attempts are made on her life, she turns to Joe Wilder to make sure history doesn’t repeat itself. it’s up to Joe to keep Emma from following in her mother’s footsteps–a legacy of deception and deadly passions no one should have to relive.

Joe follows the clues through a gallery of suspects in a variety of surroundings, from the penthouses and power offices of Manhattan’s Upper East Side to a seedy suburb of Tampa, Florida. His investigation ends one rainy midnight, in the disused poolhouse of a mansion on Long Island’s famous Gold Coast, where the original crime occurred sixteen years ago. There, he finally looks into the eyes of a desperate killer who means to claim one last victim: Joe Wilder.

“A pregnant, wealthy woman is convinced that somebody’s trying to murder her–and it’s up to Joe Wilder to assess the suspects, arrive at a motive, and prevent disaster. Fine tension evolves as a casual suspicion turns into a deadly struggle against time and an elusive killer’s cleverness.” — MIDWEST BOOK REVIEW