Hi, I’m Tom Savage, the author. At least, I think I am. There suddenly seem to be more than one of me.

This is by me.

A few months ago, several titles arrived on my Amazon product pages that I didn’t recognize, even though they had my name on them. If you go to an Amazon product page, there’s a section right below the cover picture and title info, “Customers who bought this book also bought…” followed by a string of thumbnail-sized cover photos of related books, usually by the same author. All my thrillers and mysteries have my other books depicted there, plus occasional similar books by other people. But now I have at least three titles there by “Tom Savage” that I didn’t write. Two are by a British college student in London who writes thrillers, and the other is a YA fantasy novel by an American. All three are self-published. 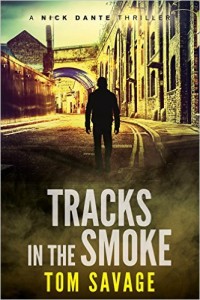 This is NOT by me.

Now, there’s no American law that allows a patent or trademark on a book title or an author’s name. Anyone named Tom Savage (or anything else) can write and publish books if they want. As for titles–well, the reason I’m writing this is an article I read in the Wall Street Journal about a recent mix-up of similar titles on Amazon. An Australian woman wrote a book three years ago called GIRL ON A TRAIN, and she was recently surprised to discover a serious uptick in her sales. This uptick was followed by a lot of anger when lots of people who downloaded her ebook realized they were not reading THE GIRL ON THE TRAIN, the runaway bestseller by Paula Hawkins published earlier this year. The Wall Street Journal article about the Girl/Train mix-up is HERE.

Meanwhile, back at the ranch, I contacted my agents about the multiple Tom Savages, asking them what I could do about the situation. Their reply: Nothing. So I contacted the publicity department at my current publisher, Penguin Random House, and they told me the same thing. I went to my Amazon Author Services help page and contacted Amazon directly, asking if there was some way to separate the three different Tom Savages so our books didn’t show up on one another’s pages. Their reply: No, there’s nothing they can do about it because of something called algorithms. 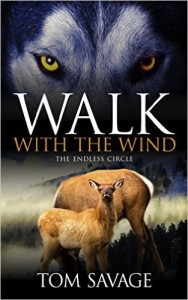 This is NOT by me, either.

I’m not sure I’ve ever fully understood what algorithms are, but I know what I wrote. And I know what I didn’t write. My concern is that people will see those other titles and purchase them, thinking I wrote them. I looked at the London guy’s thrillers, and they seem okay, but they’re worlds away from anything I write. I haven’t looked at the YA novel by the American, but I don’t write YA books, and I wouldn’t want young people to accidentally get their hands on some of my R-rated titles. I have no interest in dealing with outraged parents, thank you very much.

This all began with an article about a title mix-up, but I’m worried about my name. I know at least two other authors (one with my current publisher) who have to use pseudonyms on their work because other people are already using their actual names. I’ve been Tom Savage the mystery/thriller writer since January 6, 1994 (my first pub date). It’s a little late to change it now. So, what can I do?

Hey, maybe I’ll change my name to William Shakespeare. That has a nice ring to it, doesn’t it? And now, if you’ll excuse me, I must get back to writing my new novel, which I am calling THE CATCHER IN THE RYE. A weird title, I agree, but who knows? It might just sell a few copies.

2 thoughts on “What’s In A Name? Will the real Tom Savage please stand up?”