If you live long enough, all your dreams come true–even the bad ones. That was my first thought when I looked at my email today. There, nestled among the usual mix of personal and professional stuff, was a seemingly innocuous message from RT Book Reviews, the monthly magazine of Romantic Times. I advertise my self-published backlist in RTBR occasionally (when I can afford it), and every few months they send me a friendly reminder with current ad rates, just like the other mags where I advertise, Mystery Scene and Crimespree. But this message wasn’t like the usual ones. 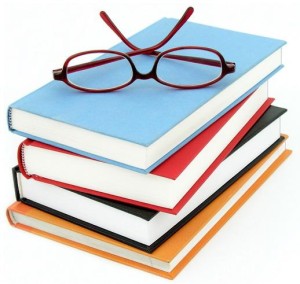 My nightmare has officially arrived: RT Book Reviews–a top destination for avid fans of romance, mystery, sc-fi, and horror with a circulation above 200,000–wants to review self-published novels…

,,,if the authors pay them for it.

Yes, you read that correctly. RTBR is now accepting submissions for paid reviews. You pay them, they review your book.

Okay, let’s dispense with the moral issue. I’ve published eight novels so far, and they’ve all been published by the “Big Five.” I also worked in mystery bookstores for 20+ years, so I know how things work. Publishers Weekly, Library Journal, Kirkus, and various other pre-pub review sources have long been rumored to offer similar arrangements for books from established publishing houses. I know firsthand that certain big chain bookstores offer publishers “product placement” in their windows and on their front tables in exchange for free books and higher back-end shares. Still, today’s news disturbs me for two reasons.

First, the established practice of buying floor space and (presumably positive) reviews involves actual publishing houses, corporate entities who can afford all this. Self-published authors who upload their work to Amazon Kindle, B&N NOOK, etc., are doing so on their own nickel. The expense of formatting, designing, and distributing ebooks and POD paperbacks can be enormous. Self-pubbers then have to hustle all over the place, trying to get review sites and popular book bloggers to notice them and maybe mention their new title. They flood the social networks with come-ons, hoping their Facebook friends amd Twitter followers will purchase copies. It’s a long, exhausting grind with a lot of blood, sweat, and tears and very little payoff. But the self-pubbers do it anyway, hoping for the best. Now, a new carrot has been dangled before them–and a huge new expense. This seems to be the dramatic equivalent of kicking someone when they’re already down.

My second, greater concern is that I–and everyone else–will no longer be able to trust reviews we read in major reviewing publications. The pre-pub entities I mentioned above are industry publications, mainly concerned with getting books into bookstores. They’re not–technically speaking–for the eyes of the general public except in sexy, delicious soundbites splashed across dust jackets and paperback covers (“PUBLISHERS WEEKLY: STARRED REVIEW!!!”). But RT Book Reviews is a newsstand mag, readily available to anyone interested in it. If all their glowing reviews of self-pubbed books have been bought and paid for, how are we–the book-buying public–going to know whether or not the book is actually worth it? Paying a respected news source to kvell over your new title is the equivalent of having your mom or your spouse review your book–only on a much, much bigger scale. Of course they’re going to like it–if they don’t, you won’t pay them to print the review. Duh! So now we’ll be up to our asses in mediocre scribblings that people we once trusted insist we ABSOLUTELY MUST READ!!!

I happen to know the good people at Mystery Scene and Crimespree, and I can assure you they stand behind everything they print–good, bad, or indifferent. But this RT Book Reviews move establishes a troubling precedent. If they make a fortune doing this (and they probably will), can the New York Times Book Review be far behind?

Cue the Twilight Zone theme music. But not the Beatles song.