Where does a writer find ideas? That is a question often asked of us, so I decided to tackle it, figuring that maybe I could find an answer. And I found one. 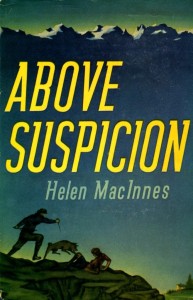 I recently completed a blog tour for my new novel, Mrs. John Doe, and the first question nearly every interviewer asked me was: “What inspired you to write this book?” I had to think about it. This is my first attempt at an espionage novel, a spy story with an international setting. What inspired me to try that was the simple fact that I’d never done it before, and I wondered if I could. All of my previous novels are thrillers and detective stories set in the USA, and none of them involves actual world events to any substantial degree. In some of these recent interviews, that was my reply–the sheer challenge of tackling a new subsection of the Crime and Mystery genre. Hmm…

I knew that wasn’t the whole story. For the next couple of interviews, I tweaked my answer to make me sound more hip and savvy. I said I was worried about the world (I am) and disturbed by all the political dissent between nations (I am) and the devastation caused by terrorist organizations (ditto). I stated that this novel was my attempt to articulate my anger and fear, and my title character, whose name is really Nora Baron, was a new hero for our troubled times, and blah blah blah. Hmm… 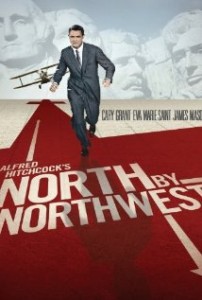 That was certainly true, but it wasn’t the entire truth, either. So I thought some more, and for the final interview, I think I finally got it right. Here’s what I told the last interviewer:

I write the kinds of stories I like to read.

There! That’s it. That’s the truth about what inspires a writer.

When Steven Spielberg was asked how he chose his films, he said that he always tried to make movies he’d want to watch. Raiders of the Lost Ark and its sequels were inspired by little twelve-year-old Stevie sitting in darkened movie theaters, thrilling to the ongoing, serialized exploits of Flash Gordon. He wanted to recreate that experience for a new generation of moviegoers. I think every storyteller does what Spielberg did (though maybe not as well as he did it). For me, it was mysteries and thrillers, and I have particularly fond memories of spy stories and espionage. 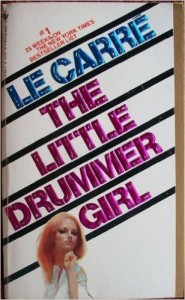 I was twelve when I saw my first James Bond movie (You Only Live Twice) in the local cinema in St. Thomas, and I’ve loved that series ever since. I was about the same age the first time I saw North By Northwest on TV, and to this day it’s still my all-time favorite film. As a teen, I read the complete works of Alistair MacLean and Helen MacInnes. In college, I was thrilled by The Day of the Jackal by Frederick Forsyth, Six Days of the Condor by James Grady, and Coma by Robin Cook, then I saw the excellent movie versions of all three and was thrilled all over again. I discovered John le Carré (especially The Little Drummer Girl) and Robert Ludlum (especially The Bourne Identity). And on and on, right up to the present–I just read The Assassins by Gayle Lynds and Grady’s long-awaited sequel, Last Days of the Condor. Bliss! 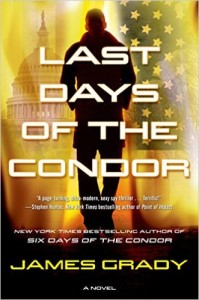 In other words, show me an innocent bystander being inadvertently drawn into a diabolical international scheme (let’s call it The North By Northwest Syndrome), and I’m there. When I finally sat down to write an espionage/spy/international hugger-mugger novel, this was the pattern that presented itself to me. I made my protagonist an “ordinary” Long Island housewife of a certain age (fiftyish) with certain special skills (she’s an actor and acting teacher), and set her loose, running madly through the most picturesque parts of England and France, chased by all sorts of people both good and bad (she can’t tell the difference between them). She’s got The Thing That Everybody Wants (she has no idea what it is), there’s a high body count along the way, and some stuff even gets blown up. Boom! Just like in the cherished books and films of my youth!

I wanted to recreate my own joy for my readers. The four images that accompany this post are a sort of timeline of my passion–1941, 1959, 1983, and 2015, to be precise. They are four of my favorite reading/viewing experiences. As I said, I write the kinds of stories I like to read (and watch).

That’s my inspiration, folks. What’s yours?