Here’s another solid new suspense novel from a first-time author for your summer reading pleasure. It took me by surprise because A) it’s a first novel and B) I hadn’t heard a lot of talk about it before it arrived. But it’s definitely worth checking out. This is my Amazon review: 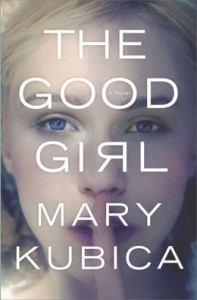 THE WOMAN WHO CAME BACK

Her name is Mia, a 25-year-old art teacher from a well-to-do Chicago family. She’s been abducted by a man she met in a bar and held captive at a remote cabin in another state. Now she’s returned–but the woman who comes back is not at all like the woman who vanished. She calls herself Chloe now, and she apparently doesn’t remember much of her ordeal or of her life before it. Amnesia, the doctors call it. Her socialite mother, a concerned police detective assigned to the case, and the abductor himself take turns filling in the blanks of Mia/Chloe’s story. And it’s quite a story…

Mary Kubica’s first novel is unusually constructed: several voices, all in the present tense, jumping back (“Before”) and forth (“After”) in time. This may sound complicated, but it isn’t. For a first novel, THE GOOD GIRL is amazingly polished and professional. All the characters spring to life as they speak, and I really began to care about them–especially the young woman at the center of the plot.

I’ve already seen early reviews comparing this to GONE GIRL by Gillian Flynn and STILL MISSING by Chevy Stevens, and I think it’s every bit as good as both of them. If you like low-key psychological suspense stories about troubled families and the secrets they hide, you really should try this. Highly recommended.