All of us who were alive then remember exactly where we were and what we were doing at approximately 10:20 pm (EST) on the evening of July 20, 1969. I was 13, in summer camp on Long Island, and instead of “lights out” at 9pm, we were allowed to stay up and watch it on TV. This wasn’t easy in a summer camp on a lake in a forest—there was only one TV, in the recreation hall/snack bar at the other end of the camp from the cabins where we slept. 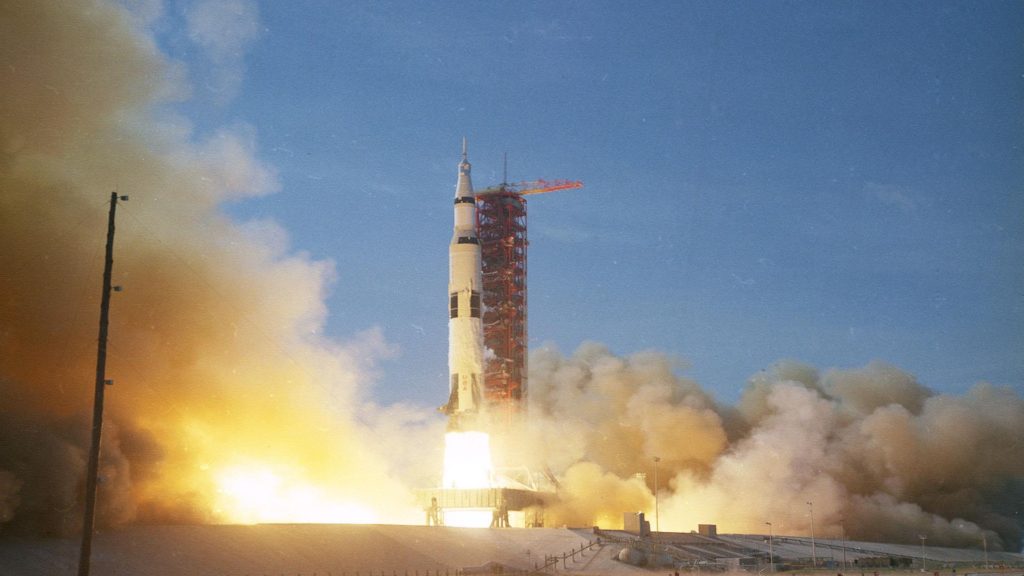 All the cabins had to form lines in our pajamas, with flashlights, and march single-file across the baseball field beside the lake and down the road to the big building by the main entrance to the camp. Our councilors got us there, and we all sat on the floor of the rec hall, gazing up at the big TV on the wall behind the snack counter. There were about 125 campers and maybe 25 staff. The man who ran the snack bar made huge bowls of free popcorn and handed out free “bug juice” (a.k.a. cherry KoolAid). We waited a long time after the landing before the hatch opened and Neil Armstrong made his way down the ladder. We saw him step onto the surface. And then he spoke. There were 150 people crowded into that rec hall, most of us children, but we heard him clearly—no one made a sound or even moved. We heard those magnificent words. Then Armstrong started walking around…on the MOON!!! 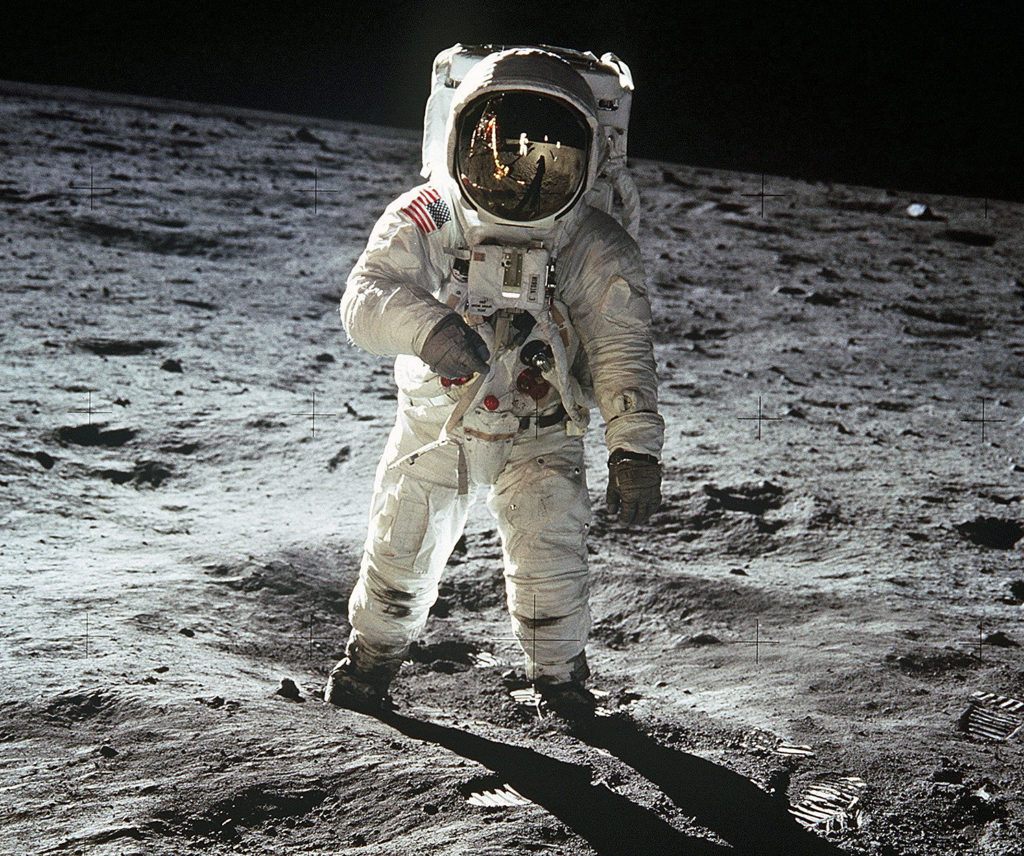 After a while, “Buzz” Aldrin joined him. and the two of them planted the American flag and walked around for a while. It was very late by then, and we’d had a long day at camp, so we left them walking around and filed back to our cabins. Even then, outside, I noticed how quiet everyone was. We were usually a noisy bunch, but that night nobody had anything to say. As we marched in silence across the baseball field at about 2:00 am, I looked up at the black sky above Long Island, at the moon, and I thought: THERE ARE PEOPLE UP THERE!!! Then I went to sleep, only to wake the next morning and find that it hadn’t been a dream.

Later that day, I was allowed to make a collect call from the phone in the camp’s office to my mom in St. Thomas, VI. “DID YOU SEE? DID YOU SEE?” I cried. Of course she had seen: They were watching in the Virgin Islands. They were watching everywhere. It had really happened, and all of us on earth had seen it. We’d shared it. We were a part of it.

That’s what I remember. And I’ll never forget it. 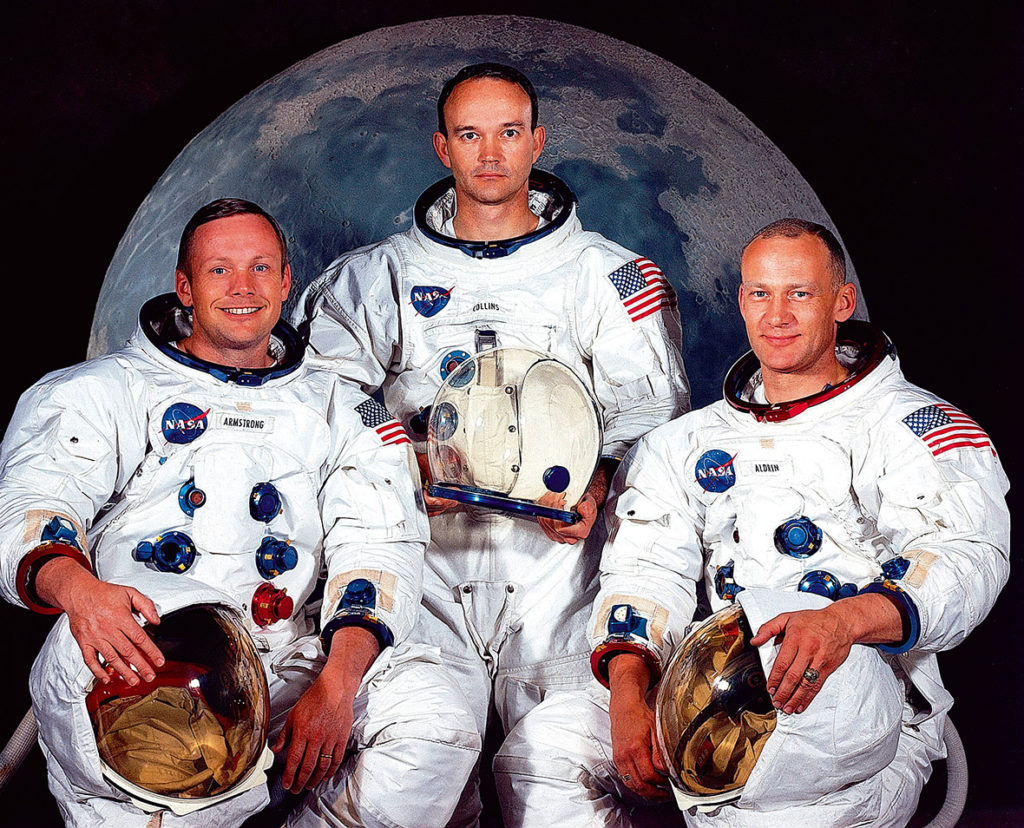