Today is my birthday, and I’m not too happy about it. It’s a “milestone” birthday, for one thing, and that’s always difficult. But I guess I can live with getting older. Like the man said, “When you consider the alternative…” etc. 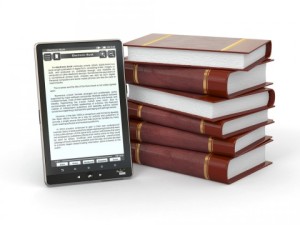 What’s bringing me down today is my so-called career. I published six novels in quick succession back in the 1990s, when I was also working at Murder Ink®, so I had a day job and a growing list of titles. But things weren’t going so well in my life back then, and after a while I stopped publishing. It wasn’t until 2009 that I finally decided to try to reactivate my publishing career. I had a strong new manuscript, and I soon found a new agent who started sending the manuscript around. And that’s when the fun began.

My earlier books had all found publishers immediately, and they got good reviews and were optioned by Hollywood–one of them was even made into a movie–so I wasn’t expecting what happened with my new manuscript. From 2010 to 2012, it was turned down by what seemed like every editor at virtually every major house. And here’s the funny thing: It’s my best book. Ever. A PENNY FOR THE HANGMAN isn’t my personal favorite of my works, but even I admit I’ve never written a better one. Unfortunately, that didn’t sell it to anybody. My earlier books had been long forgotten, and I had no track record anymore. Finally, as I was giving up all hope, my agent called and told me that Random House was interested in acquiring it.

That’s when I discovered the world of ebooks. Random House has a new line of electronic-only titles, and the mystery section is called Alibi. Alibi wanted to publish A PENNY FOR THE HANGMAN as an ebook original.

And that’s when I discovered the New Snobbery.

Every day I log on to Facebook, and every day I see hateful posts from writers and readers alike, excoriating the new technology and loudly refusing to read electronic books. “I only read REAL books, darling!” “I will never, never, NEVER read an ebook, and that’s final!” “Who the hell wants to read THOSE things?!!” And on and on. For the first time in my life, I have a title out that even my friends and family haven’t read.

So here I am on my birthday, facing a new decade (ugh!) and facing the fact that a lot of people greet my life’s work with scorn and derision. My next ebook for Alibi, MRS. JOHN DOE, comes out October 6, and we’ll see what happens with that one, but I’m not holding my breath. I already know that many, many mystery writing colleagues and (former) fans will not be reading it, because NOBODY reads those tacky ebooks, darling.

My birthday wish is that everyone would please stop talking like that around me, and around my fellow writers who have only been offered ebook contracts. We didn’t plan it this way; it just happened. We apologize if we’ve offended your delicate sensibilities, but we had no choice in the matter. Our only alternative is not being published at all.

My other birthday wish is that everyone would give our electronic books a chance. They’re not the Spawn of Satan–they’re just books in a new format. And they’re good books. Who knows? You might like them.

7 thoughts on “My Birthday Wish”