I’ve just learned of the passing of one of my favorite authors, Mary Stewart. She died May 9 at the age of 97. I wrote a blog entry on her a few weeks ago, when I reread her books for the umpteenth time.

Lady Stewart wrote more than a dozen novels of romantic suspense, a genre she pretty much invented singlehandedly. She also wrote four books in her celebrated Merlin cycle, retelling the Arthurian legend through the eyes of the court magician. They were among the very first “grown-up” books I read as a young teenager in St. Thomas in the late 1960s and early 1970s, when she owned every bestseller list in the world. She and Alistair MacLean, her fellow worldwide bestseller at that time, probably influenced my writing–and my decision to be a writer–more than anyone else except Charles Dickens and Daphne du Maurier. Between the four of them, they inadvertently created a novelist. Me. And now, the last of them is gone. 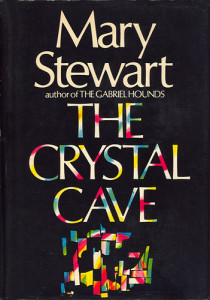 I’m very sad today, but, at the same time, I celebrate the memory and the legacy of this extraordinary artist. Madam, Will You Talk?…Nine Coaches Waiting…The Ivy Tree…The Moon-Spinners…This Rough Magic…Airs Above the Ground…The Crystal Cave…The Hollow Hills…The Last Enchantment: Every other novelist on earth would settle for having written just one of those terrific titles, and she wrote all of them. #1 Bestsellers, every one. Wow. I can’t imagine how many writers today were inspired by her, as I was. Thousands, I’m sure. 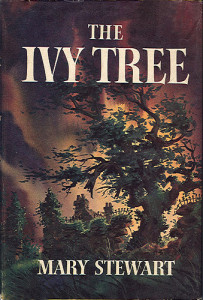 My recent blog post on Stewart and MacLean is here, and her 1961 novel, The Ivy Tree, is on my list of the 50 modern mysteries everyone should read, which is here. Some fans of hers created an unofficial website dedicated to All Things Mary Stewart, including a full biography, bibliography, original reviews, and her own words on her writing career. You can find it here:

Mary Stewart, 1916-2014. They broke the mold with her, and we won’t see her like again. But I will keep all her novels here on my permanent shelf, and I’ll keep rereading them. Good-bye, Lady Stewart, with thanks from a grateful disciple.