I’m always making lists for my blog, but they’re usually in the best/greatest/most famous categories. If I were to list my five favorite horror fiilms, for example, they’d all be well-known titles. Everybody knows about ROSEMARY’S BABY and THE EXORCIST and all those marvelous old “creature features” like FRANKENSTEIN and DRACULA, so I’ll dispense with them. As a special public service this Halloween, I’ve made a list of five scary movies I like that aren’t so familiar to most people.

These are not the best horror films ever made, but I happen to enjoy them. I first saw them when I was very young, and I’ve recently watched them again. All five are low-to-medium budget affairs, only two of the five directors are famous, and the actors involved are mostly from the B-list. What all five have in common is a distinctive mood, a well-executed sense of dread and suspense. In chronological order: 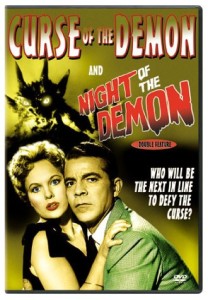 1. CURSE OF THE DEMON (Jacques Tourneur, 1957): This offbeat, atmospheric British thriller stars Dana Andrews (LAURA, THE BEST YEARS OF OUR LIVES) as a skeptical psychologist who sets out to debunk the theory that several recent unexplained deaths are the result of an ancient curse. Well, anyone who’s ever seen a horror movie could tell him that his cynicism is just plain wrong. The more he delves into the mystery, the closer he gets to the shocking truth. Director Tourneur (CAT PEOPLE, OUT OF THE PAST) is a master of shadowy intrigue, and this film is as dark and shadowy as any thrill seeker could want. (It’s on TCM tonight, October 31, at 10pm EST.) 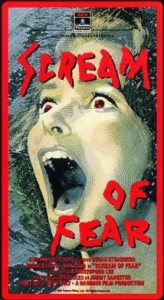 2. SCREAM OF FEAR (Seth Holt, 1961): The British studio, Hammer Films, revived the horror genre in the late 1950s with CURSE OF FRANKENSTEIN and a good remake of DRACULA. This little-known gem was their first work of psychological horror, and it was clearly influenced by the success of PSYCHO the year before. A wheelchair-bound heiress (Susan Strasberg) returns to her family mansion in the French Riviera after years away at boarding school, only to learn that her father is “away on business” and her ice-cold stepmother (Ann Todd) is clearly hiding something. She soon suspects that her dad may be dead–especially when she begins catching glimpses of his corpse in various rooms of the creepy house. With little overt gore and a lot of suggestive cinematography, this quiet film gets under your skin–and there’s a really cool surprise ending. 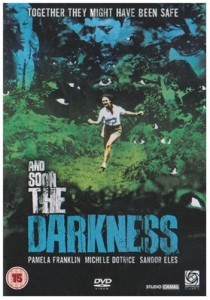 3. AND SOON THE DARKNESS (Robert Fuest, 1970): This little-known, no-budget thriller has a good reputation in the film industry. Director Fuest managed quite a coup–he set his dark tale outdoors in broad daylight, with nary a haunted house or shadowy castle in sight, and he still managed to make the mood grim and claustrophobic. Two young British nurses (Pamela Franklin and Michelle Dotrice) are on a bicycle holiday through the smaller back roads of France. When Dotrice suddenly, inexplicably vanishes, Franklin searches for her, placing both of their lives in danger. It seems there’s a serial killer at large who preys on beautiful young women. Franklin (THE INNOCENTS, THE LEGEND OF HELL HOUSE, THE PRIME OF MISS JEAN BRODIE) gives a terrific performance as the increasingly terrified heroine, and the final reveal is a shocker. 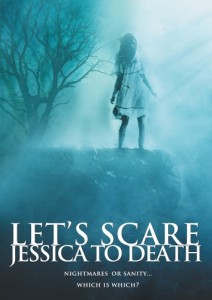 4. LET’S SCARE JESSICA TO DEATH (John Hancock, 1971): Like SCREAM OF FEAR (above), this low-budget shocker involves a young woman (Broadway veteran Zohra Lampert) returning home to find sinister goings-on in her remote house. But this particular woman has just been released from a mental institution, so it’s hardly surprising when weird things begin to happen. It soon becomes apparent that someone wants Jessica to go back to the nuthouse–but who? And why? This creepy film demands careful watching if you want to keep up with the reality-versus-illusion plot, but it’s worth it. 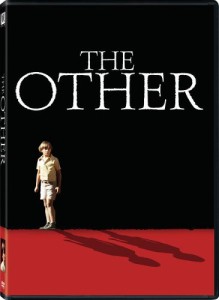 5. THE OTHER (Robert Mulligan, 1972): Thomas Tryon adapted his own bestselling novel for the screen, and it was directed by the great Robert Mulligan (TO KILL A MOCKINGBIRD, SUMMER OF ’42). This is the one about the two little boys, identical twins, who play weird games and share dark secrets in a small farming community in 1936, leading to a string of murders and a truly shocking twist. Legendary stage actress Uta Hagen made a rare film appearance here, playing the boys’ superstitious grandmother. Like JESSICA (above), this film should be watched very carefully–the secret payoff is all in the cinematography. If you can figure out what’s odd about nearly every shot in the movie, you’ll guess the surprise before it’s revealed. This is a solid, criminally underrated film.

So there you have it–five good, scary reasons to celebrate Halloween. Enjoy!