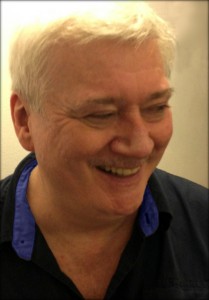 Tom Savage is the author of ten suspense novels: Precipice, Valentine, The Inheritance, Scavenger, A Penny for the Hangman, Arden Court, Mrs. John Doe, The Woman Who Knew Too Much, The Spy Who Never Was, and The Devil and the Deep Blue Spy. He wrote two detective novels under the name T. J. Phillips, Dance of the Mongoose and Woman in the Dark. His short stories have appeared in Alfred Hitchcock Mystery Magazine, Ellery Queen Mystery Magazine, and anthologies edited by Lawrence Block, Harlan Coben, and Michael Connelly. His short story, “The Method In Her Madness,” was nominated for a Barry Award as Best Mystery Short Story of 2005. His bestselling novel, Valentine, was made into a Warner Bros. film.  In his younger days he was a professional actor, and he also wrote a Broadway show, Musical Chairs.

Tom was born in New York and raised in St. Thomas, Virgin Islands. He attended Point Park College and Hofstra University, majoring in drama and minoring in English. After acting and writing plays, he worked for many years at Murder Ink®, the world’s first mystery bookstore. He’s a member of Actors’ Equity Association, ASCAP, the Authors Guild, Mystery Writers of America, the International Association of Crime Writers, and International Thriller Writers. He has served as a director on the national board of MWA, and he’s served several times on the Best Novel committees for MWA (Edgar® Awards) and IACW (Hammett Prize). He is a founding member of MWA’s Mentor Program, assessing and encouraging new mystery writers. He lives in New York City.