I’ve just finished reading GONE GIRL by Gillian Flynn, which is currently a top bestseller in America. The book has made several end-of-year Top 10 lists for 2012, including the New York Times. It is Flynn’s third published novel, and its enormous popularity has catapulted her two earlier books, SHARP OBJECTS and DARK PLACES, back onto bestseller lists everywhere. It is the “breakout” book for the former journalist, who was a TV critic for Entertainment Weekly. Now, everybody in the world is talking about it. 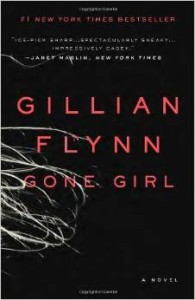 Why all the fuss over a suspense novel? Why are highbrow critics placing a lowly “genre fiction” book on their Top 10 lists alongside the works of Ian McEwan, Dave Eggers, Zadie Smith, and Michael Chabon? Why a grand total of 29 weeks (as of this writing) at the top of the New York Times bestseller list? I had to know, so I grabbed a copy and read it, and now I see why. The answer is really very simple:

Because Gillian Flynn has reinvented the wheel. With literary grace, laser-sharp wit, and a good deal of plain old common sense, she’s given us something age-old yet strikingly new. Okay, I’ll join the Superlative Bandwagon and state it: Gillian Flynn has written the perfect thriller for the New Millennium.

The plot couldn’t be more simple and straightforward–at first, anyway. An attractive, thirtyish Yuppie girl named Amy Dunne disappears from her home on the morning of her fifth wedding anniversary, and the blood and overturned furniture in her house lead the police to suspect foul play. Suspect Number One: Amy’s husband, Nick, an attractive, thirtyish Yuppie boy. Why would Mr. Perfect wish to harm Mrs. Perfect? And what has he done with her–or, at least, her body? Amy’s diary–a journal of her 5-year relationship with Nick as seen through her eyes–only adds to the case the detectives are building against him. Soon, certain untidy little facts about Nick begin to pop up, adding fuel to the flames of suspicion, turning the local suburban mystery into front-page, national news. TV interviewers. Instant Internet websites. Search parties. Celebrity defense attorneys. “WHERE’S AMY?” T-shirts and bumper stickers. But who, exactly, are these people in the center ring of the circus? To the outside world, they look like Barbie and Ken, but appearances can be deceiving. A series of shocking revelations and surprises follows, building up to…well, I won’t spoil anything, but let’s just say there’s more to this marriage than meets the eye. What we have here is a suspense novel that eventually becomes (spoiler alert!) a crime novel. But that’s only half of the story. 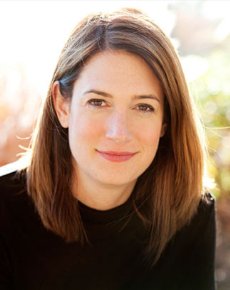 GONE GIRL is actually a satire, and a very clever one. Gillian Flynn’s real targets here are the elite Gen-Xers, that 18-35-year-old gang we older folk have dubbed “The Me Crowd.” The entitled, self-obsessed, cellphone-wielding, club-hopping, Sex and the City-spouting, money-mad trust fund babies who have invaded so many formerly pleasant neighborhoods (including my own Greenwich Village) and turned them into huge, upscale shopping malls. The worshipers at the temples of Saint Marc Jacobs and Our Lady Donna of Karan and His Holiness, Jimmy Choo. Flynn has taken two perfect examples of this dreary, downright creepy crowd of monsters–Nick and Amy Dunne–and performed open-brain surgery on them, exposing their inner workings for all to see. Her conclusion? Well, as Dorothy Parker once observed, “Way down deep, they’re very shallow.” She might as well have called the book INVASION OF THE POD PEOPLE.

Now, that’s what the folks in Hollywood call “high concept.” GONE GIRL is an absolutely brilliant, state-of-the-art social document disguised as a suspense thriller. Gillian Flynn deserves all of her extraordinary success, and more. I can’t wait to see the movie version! And I can’t wait for her next novel. This woman is the real deal. If you haven’t read GONE GIRL yet, read it. Now.