This is an essay I contributed to a colleague’s mystery blog last year, and it contains a lot of info about me as well as the subject I was asked to address (mysteries set on islands). I’m reprinting it here as one of my first blog posts:

“A LOCKED ROOM WITH A VIEW”
by Tom Savage 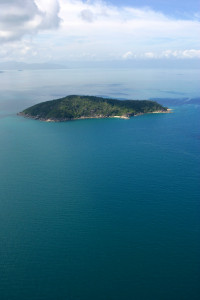 If you were to search the wide world to find the perfect geographical location for a murder mystery or suspense story, you would be hard put to find a scene of the crime more suitable than an island. I should know: I’m a mystery writer, and I grew up on one.

Children absorb the details of their surroundings, none more than fledgling writers. Arriving in St. Thomas, U. S. Virgin Islands, from mainland America at the impressionable age of nine, I was struck by the island’s staggering beauty, and I reveled in the hills and dales and water, water everywhere. But I was also aware, even then, that there was something rather sinister about the set-up. Unless you have immediate access to a boat or a plane, you’re stuck there with nowhere else to go. One of my first feelings in my new home was a vague, undefined sense of claustrophobia. I didn’t know that word then, but I would learn it.

St. Thomas is a modern place, with a large population and all the comforts, but it is part of a chain of islands, arcing from the Florida Keys down to South America, and many of them are not so lively. Quite a lot of them are uninhabited, mere dots of rock and greenery floating on their own, far from any humans. My friends and I spent much quality time exploring these islets, or cays, sailing among them and pretending we were Columbus or—much more fun—pirates. Still, when you’re standing on a tiny beach on a large rock with no buildings or people in sight, and only open sea for miles around, you experience the potential for danger as well as the beauty. There’s no avoiding it.

My late mother was a voracious reader, a habit she transferred to her children, and her favorites were mysteries. My sisters and I spent much of our teen years on the island devouring the works of Agatha Christie, Ross MacDonald, John D. MacDonald, Mary Stewart, Alistair MacLean, and my all-time favorite author, Daphne du Maurier. I knew from an early age that I wanted to do what these people did for a living. I left the island for college, and after that I settled in New York City. I worked for many years at Murder Ink®, the world’s first mystery bookstore, and, while selling mystery books, I sat down to write my first novel. My first challenge was where to set it. 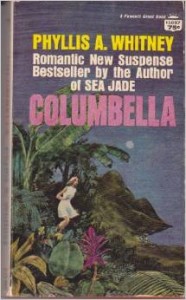 The answer to that was easy. At that time (the early 1990s), only three notable mystery novels had been set in my part of the world, and two of them—Rebecca’s Pride by Donald McNutt Douglass (Harper, 1957) and Finding Maubee by A. H. Z. Carr (Putnam, 1972)—had won Edgar® Awards from the Mystery Writers of America. The third book, one of the first “grown-up” books I ever read, was Phyllis A. Whitney’s Columbella (Doubleday, 1966). Unlike the other two, Whitney’s romantic suspenser was actually set in St. Thomas! A beautiful young woman arrives on the island to be governess for a rich, strange family, and soon she’s running for her life—right there! Imagine my joy at the novelty of looking out from my veranda and actually seeing the places she was describing as I was reading them. Bliss! More importantly in my evolution as a writer, the terrified governess soon discovered the main problem of being in danger on an island: there’s nowhere to run! I filed that fact away for future reference.

There’s an old saying about eating one’s cake and still having it. For writers, an island setting illustrates the concept extraordinarily well. What you have is a locked room, ideal for cutting your detective or victim off from the rest of civilization. And, unlike most locked rooms, you also have lots of exotic things to describe in voluptuous detail. 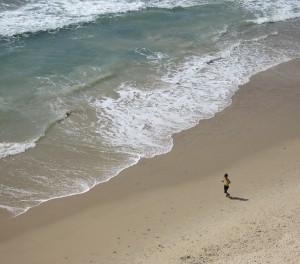 No matter where in the world it is, an island is surrounded by water, and that water crashes or smashes or pounds against the shore. In warmer climes, you will find interesting animals and birds and vegetation, not to mention hills, mountains, ravines, thick jungles, jagged rocks, and treacherous reefs. Frozen islands have all that ice and snow, of course, and the occasional polar bear. The weather in arctic or equatorial settings is particularly unpredictable. Hurricanes, heat waves, blinding snowstorms: the list is endless. The environment itself can be your character’s adversary, presenting unseen challenges at every turn.

As a writer, just imagine the various delicious problems you can drop in the path of your frightened heroine or cunning villain. In a sense, the good and evil people in your story have met on level ground, as it were, and are equal opponents. An island—whether or not it’s inhabited by humans—is a strange environment for most people, and disorientation can be a crime writer’s best friend, especially if your protagonist is Phyllis Whitney’s vulnerable governess. Or Mr. Rainsford, the hero of Richard Connell’s immortal short story, “The Most Dangerous Game” (Colliers Weekly, Jan. 19, 1924), trying so desperately to elude the malevolent General Zaroff. Or Lucy Rose of Ken Follett’s Edgar®-winning Eye of the Needle (Arbor House, 1978), the lonely WWII British housewife on the aptly-named Storm Island, slowly discovering that her washed-ashore houseguest, Henry Faber, is a German spy on a deadly mission, and only she can stop him and (literally!) save the world. Or—my personal favorite—the entire cast of Agatha Christie’s great masterwork, And Then There Were None (Dodd, Mead, 1940), brought to remote Indian Island off the coast of England and murdered, one by one, to the strains of a creepy nursery rhyme. 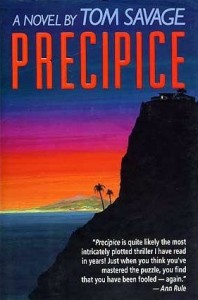 Is it any wonder, then, that my first two novels, Precipice (Little, Brown, 1994) and Dance of the Mongoose (Berkley Prime Crime, 1995), were both set in St. Thomas?  My new novel, A Penny for the Hangman, is set there, too, and on a tiny, remote isle called Hangman Cay. (My heroine is trapped there with a madman, of course.)

I return to island settings again and again. Growing up in St. Thomas, and reading the above-mentioned classics at an impressionable age, I learned an invaluable lesson. Whether in the West Indies or Hawaii or Indonesia, off the stormy coast of a dark continent or rising in the center of a placid lake in Minnesota, oppressively hot or deadly cold, packed with hordes of angry natives or containing only one twisted soul with a telescopic-lens rifle; an island can be the perfect place for a mystery.